Bookings with Stirling Self Catering are cancellation protected.

We are protected by Master Cancel which removes the stress and worry from booking your next holiday. You can cancel up to and including 2 days before the check in date. Master Cancel's flexible terms & conditions allow you to book with confidence, knowing that if you cancel for unforeseen circumstances, we will refund you in full.

Harviestoun House is a totally refurbished 2 storey sandstone cottage in the heart of Dollar, a picturesque small town at the foot of the Ochil Hills.

* Due to current Covid-19 restrictions put in place by Scottish Government from 14.09.20, no more than 6 people (under 12s do not count as long as from same 2 households) from no more than 2 households can stay in a property. 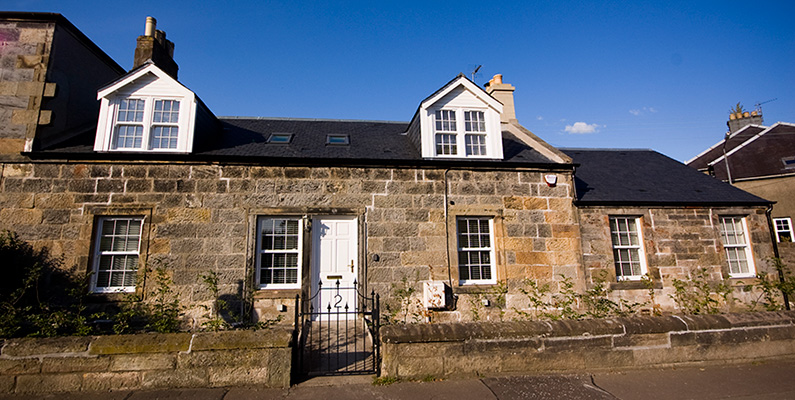 Steeped in history, Dollar has all facilities including cafes, restaurants and shopping on your doorstep, and lies only 13 miles east of the historic city of Stirling.

Harviestoun House comfortably sleeps 8 people in four bedrooms. There are two bedrooms on the ground floor. Bedroom one, with en-suite shower room and fitted wardrobe, has the flexibility of being either 2 twin beds or one superking size bed. Bedroom two has a double bed. Upstairs, reached from the galleried landing, bedrooms three and four can be either twin rooms or have superking size beds. Both rooms share a modern bathroom with over-bath shower.

Downstairs the double height sitting room seats 8 people on two three-seater sofas and one two-seater sofa. There is a log burning stove for you to return to after sightseeing or walking in this beautiful area in the heart of Scotland. The sitting room, like all other rooms, has all new furniture and fittings and gas central heating.

The kitchen, with all modern conveniences including 4 ring gas stove and double electric oven, has a dining table for 8 people and a television with Freeview. Leading from the kitchen is a utility room with washing machine and tumble drier. Also just off the kitchen is a sunroom which leads to the courtyard garden with outdoor seating and barbecue.

As well as being close to Stirling, Dollar is within easy reach of Glasgow and Edinburgh and St Andrews to the east, so you are perfectly situated to take advantage of all Scotland has to offer from this central location. Closer at hand, visit 500 year old Castle Campbell, lowland seat of the Duke of Argyll, where Mary, Queen of Scots once lived in the 16th Century.

The walk to the castle is by a spectacular series of paths, bridges and walkways in the deep gorges of the glen and its tributaries. Dollar’s other facilities include a small museum and 18 hole golf course notable for its steep inclines and lack of bunkers. 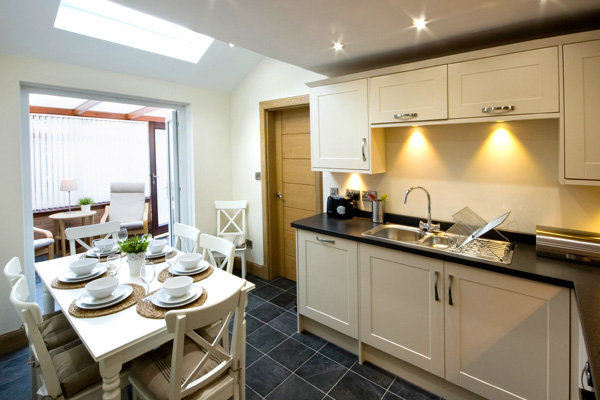 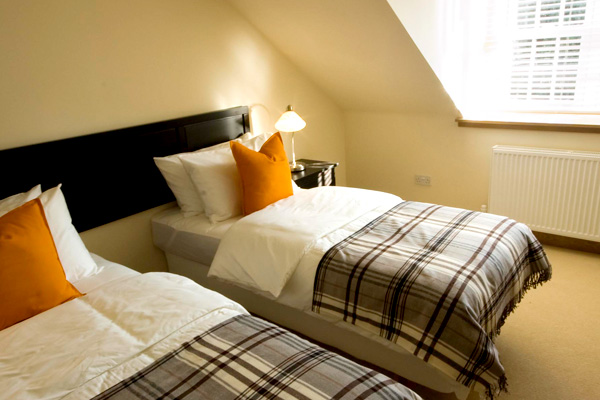 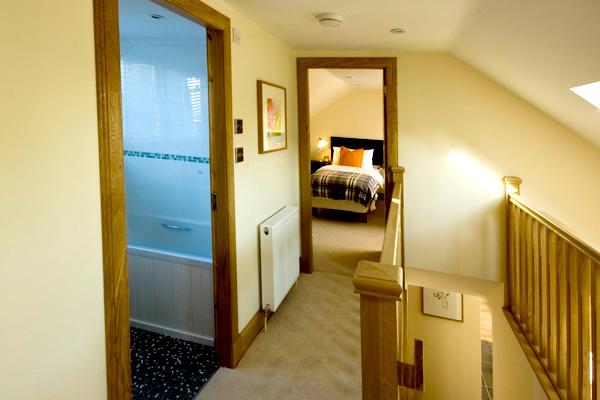 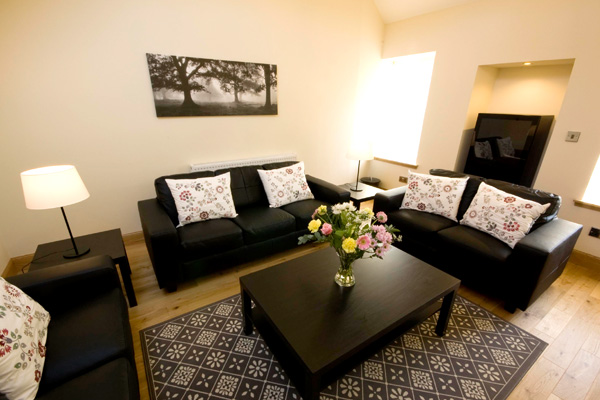 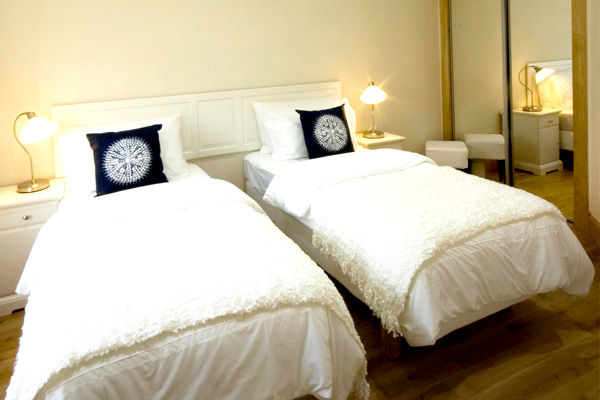 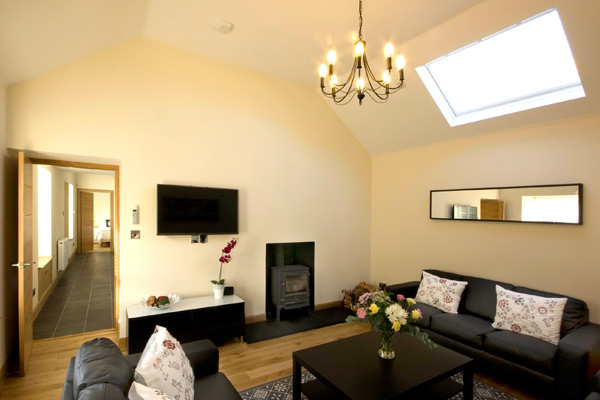 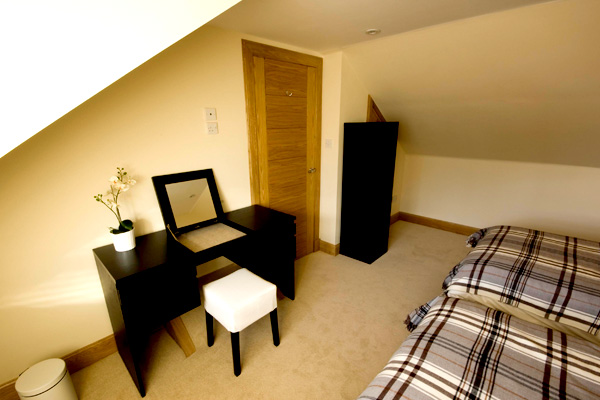 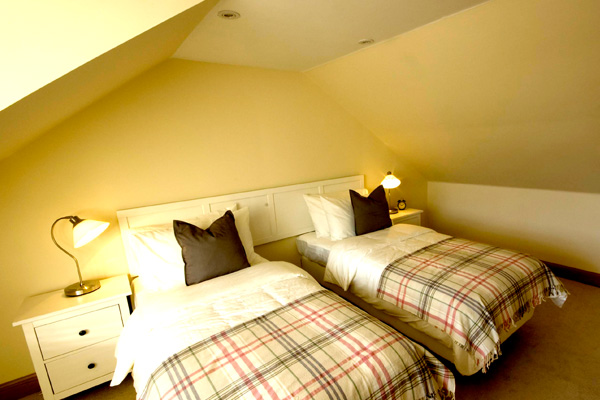 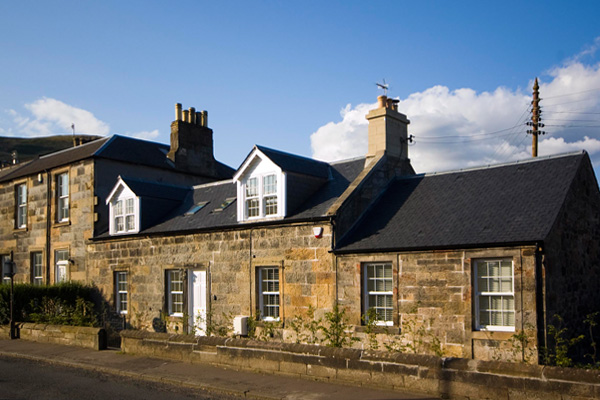 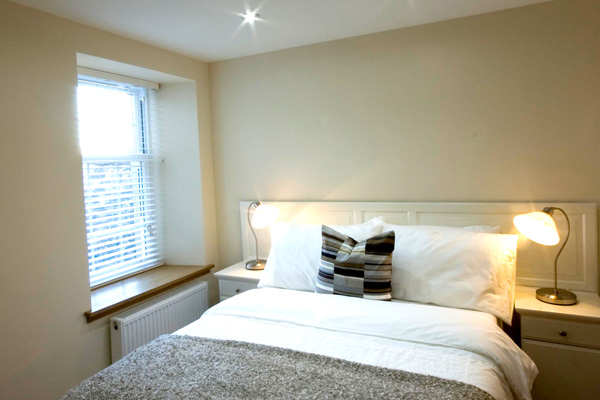 To check availability, prices or to book this property, please click here:

BOOKINGS/ENQUIRIES
BACK TO ALL PROPERTIES